Rugby chess club has moved location and in future all Coventry league and
Leamington league matches will be played at its new venue below. 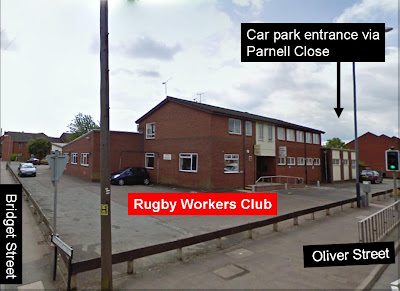 The club is located on Oliver Street next to Parnell Close - (see ariel image below). Parking is available on the clubs premises by turning down Parnell Close and turning left. 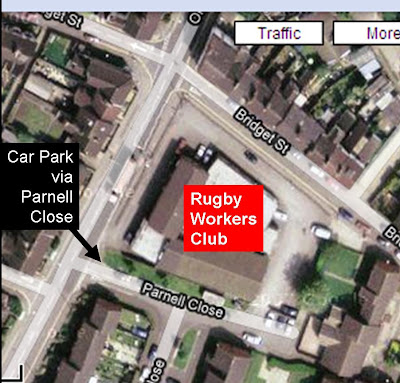 If you are coming to Rugby from the south or southwest you can get to this venue more easily on a new road which leaves the A4071 to bypass the town and then come in by turning right onto the A428 at a major new set of traffic lights. (This is the green route shown on the google map which you see by dragging to the right)
Posted by Bob Wildig at 11:48