We won the cup too !

Its too much - the night before last we won the Cov League Cup - a magnificent game by John against Dave Ireland - you really have to post it John on here - it was quality chess. Nalin had a good game with Ed Goodwin which ended in a draw and I think Jonathan had the upper hand most of the way against Mike Johnson and took a draw to secure us the win on board count. I am not sure what to say about my game with Mark Page - I lost is the safe thing to say. (If I think its the right thing to do I might post it - its full of difficult awkward chess but I don't feel that it is a great game).
Posted by Bob Wildig at 11:11

The Good, the Bad and the Unfortunate

Rugby A won there match 3-1 against Newdigate. Bob, Jonny and myself all won but unfortunately Martin had a winning position and then blundered. So Rugby A are through to the finals of the KO Cup against Coventry A who also got through I hear beating Rugby B. Not good news for us as we were looking forward to an all Rugby final.

I don't really know how Rugby C got on in the plate match so I will leave that post to someone else.

I'm going to do something different in my analysis in my game. Instead of giving lots of boring variations, I'm going to say what I was thinking in my head psychologically. I'm trying this new approach to see if people like it and also to demonstrate what went on in my head to make the game that bit more enjoyable. I will only know what you thought if you post comments so please do so.

Before I start with the game I know players never really know what to play or how to play against weak or weaker players than themselves. My advice is just to keep playing your moves because even if you know that they have made bad moves they don't need punishing straight away usually. Anyway I hope you enjoy the game.

If you flip the game twice then it will put the players on the right colours that they were playing.

As he resigned he said 'I think that's enough' which really shows the psychological stress he was under during the game.
Posted by Nalin at 15:35 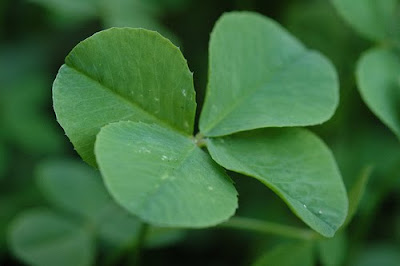 Adding my good luck wishes to Bob's and a little four leafed (virtual) token to help.

Good luck to A and B teams in the cup and to the C team in the plate
Posted by Bob Wildig at 17:35

For those who look at the games and see gobbldegook ...

Well there could be two reasons ...

a) You don't know the first thing about chess, or (more likely at the moment)

b) You've hit a cross scripting modification error - effectively a barrier has been put in place to prevent a security risk. I can - it seems - re-post games to overcome this if I use a less recent IE browser on a different computer. But while I search for a more sustainable solution (and a way to get James' Lost Win to show properly) here is how to play through games that look like random code and won't play.

1. Click the VIEW PGN button - this displays the code, which is still there and still correct.
2. Select/copy the code.
3. Open the PGN viewer on the Cassia site
4. Click IMPORT PGN.
5. Paste the code into the window that appears and then IMPORT.

This works for everything _but_ that games of James' (which I am working on). I hope that this will sort itself out as this 'security fix' will cause grief for all sorts of sites. It will either get better or worse over the next few weeks and I will look for a different way of showing games when I have time. But Cassia has served us well, so hoping any new solution will be at least as good as that one.
Posted by Chris Pegler at 08:27

Hi everyone - This is nothing to do with rugby Chess Club. There is a problem over a postal game I'm playing and this is to help show it to my opponent. I will delete as soon as I can.
Bob