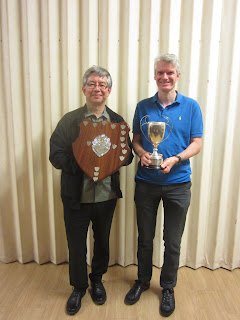 Note: This post is titled #1 (Part 1) because its Leamington League AGM next week and we have further trophies to collect at that meeting.
Posted by Chris Pegler at 19:05